Trump Is Wrong To Blame Obama For Family Separation Policy 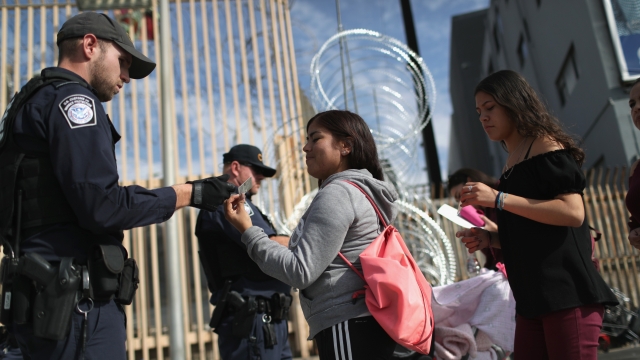 The humanitarian crisis at the U.S.-Mexico border is drawing attention again. And in an interview with Telemundo, President Donald Trump seemed to deflect blame for family separations away from his administration.

"When I became president, President Obama had a separation policy. I didn't have it. He had it. I brought the families together. I'm the one that put them together," Trump said.

The president has made similar comments before.

"President Obama separated children. They had child separation. I was the one that changed it," Trump said in April 2019.

But the president is wrong to equate his family separation policy to that of the Obama administration. Let's start with a recap of what has happened on President Trump's watch.

Then-Attorney General Jeff Sessions sent out a memo in April 2018 detailing the administration's new "zero tolerance" immigration policy. But border officials had already been separating adults and children more frequently for almost a year. On June 20, 2018, President Trump signed an executive order aimed at keeping migrant families together, and six days later, a federal court ordered officials to stop separating most families. But separations continued. In January 2019, a government watchdog report found there could be thousands of separated children that the government didn't keep track of. The Department of Health and Human Services, which is responsible for caring for separated and unaccompanied minors, is currently reviewing nearly 33,000 cases to try to get an accurate count of how many children were separated at the border.

Multiple immigration experts told our partners at Politifact that there was no policy under President Barack Obama that led to separating families on a large scale. Former Obama administration officials have said it did happen on rare occasions, but never as a matter of policy. Rather, the Obama administration generally chose not to prosecute adults who crossed the border with their children. And it's the prosecution that typically leads to separation.

A September 2018 report from the DHS inspector general said the Trump administration's zero-tolerance policy "fundamentally changed DHS' approach to immigration enforcement." So the president's assertion that his family separation policy was the same as President Obama's just is not true.