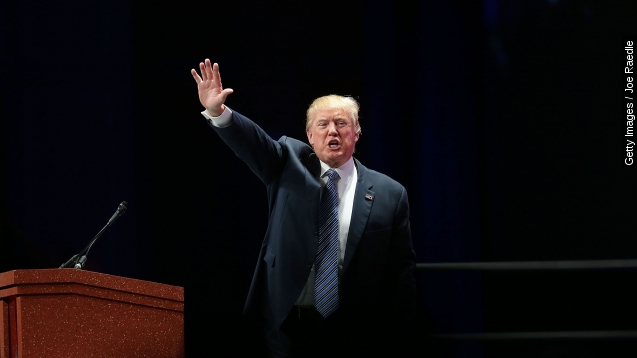 If Trump wants the government to act on his proposal, he might have overlooked one roadblock: the U.S. Constitution.

On MSNBC's "Morning Joe," Republican presidential candidate Donald Trump was asked if he would support closing mosques in the U.S. in light of Friday's attacks in Paris.

"I would hate it do it, but it's something that you're going to have to strongly consider because of the ideas and some of the hatred, the absolute hatred is coming from these areas in my opinion," he said.

Though later in the program, he did acknowledge that radical elements "are a small percentage of the entire Muslim population."

British Prime Minister David Cameron recently suggested closing mosques that have members with ties to ISIS. And the idea isn't without precedent. Tunisia, for example, ordered the closure of 80 mosques after an attack on a beach resort earlier this year.

In the U.S., critics of Trump's comments, however, point to the free exercise of religion protected by the First Amendment.