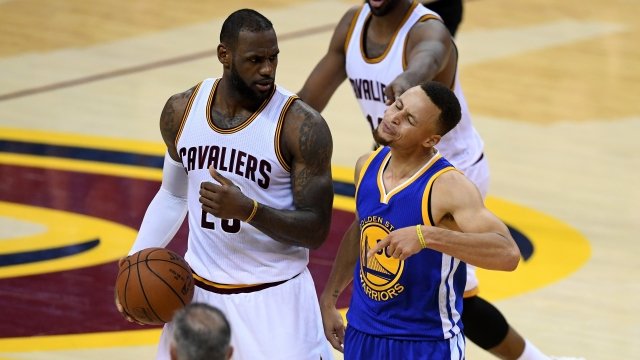 Looks like yet another sports team won't be celebrating a championship win with a visit to the White House.

President Donald Trump told reporters Friday neither the Cleveland Cavaliers nor the Golden State Warriors will be invited to the White House once the NBA Finals are over.

Two of the teams' biggest stars, James and Curry both recently said they have no interest in a White House trip.

Professional and college sports teams have come to the White House over the years to celebrate their championship victories.

But those visits have been less frequent since President Trump took office. Many athletes have butted heads with the president over the protests during the national anthem in the NFL and other issues.

Earlier this week, Trump canceled the Philadelphia Eagles' visit to the White House, where they were supposed to be honored for their Super Bowl win from February.

But Trump said Friday he believes the Washington Capitals will come to celebrate winning their very first Stanley Cup title.