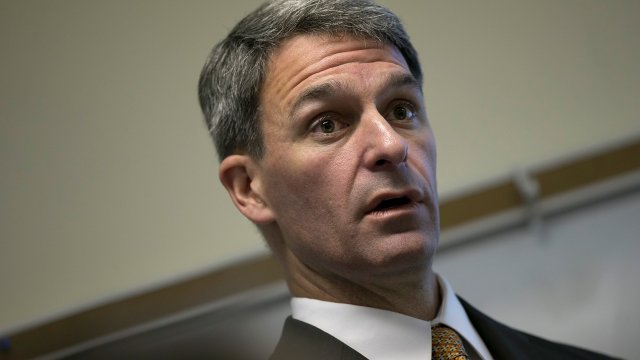 President Donald Trump is expected to tap former Virginia Attorney General Ken Cuccinelli for a top job at the Department of Homeland Security.

But he won't become the new "immigration czar" — a position President Trump was thinking of creating to coordinate immigration policy across multiple federal agencies.

Cuccinelli served as Virginia's attorney general from 2010 to 2014, and was most recently a commentator on CNN. He's a known hardliner on immigration, and his views on the topic largely line up with President Trump's.

The Times says Cuccinelli could be appointed to his new role as soon as this week.