Trump Will Keep US Troops In Iraq To 'Watch Iran' 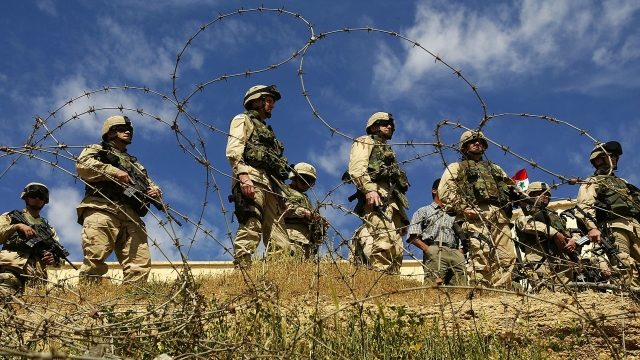 He made the comment in a "Face the Nation" interview that aired Sunday on CBS. In it, the president said, "We have an unbelievable and expensive military base built in Iraq. It's perfectly situated for looking at all over different parts of the troubled Middle East rather than pulling up."

When asked, Trump denied that he wanted to keep troops in Iraq to strike in Iran. He said troops will keep watching and "If there's trouble, if somebody is looking to do nuclear weapons or other things, we're going to know it before they do."

But Iraqi President Barham Salih said the U.S. is in the country to combat terrorism, not monitor Iran. He said, "Don't overburden Iraq with your own issues ... The U.S. is a major power ... but do not pursue your own policy priorities, we live here."

President Trump's comments come after U.S. intelligence officials said ISIS is not only alive, but it's committed to a comeback.