Trump Will Give Sworn Testimony Weeks Before He's Sworn Into Office 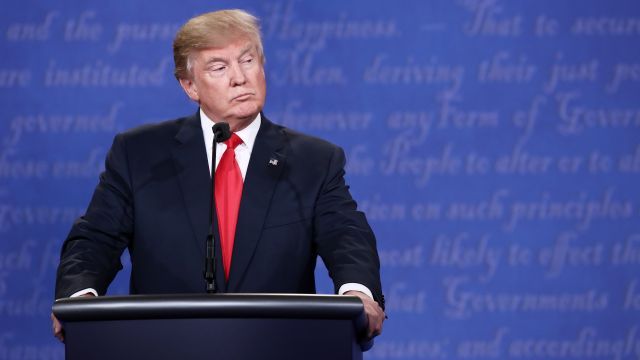 "Have you walked away from any jobs where you were the owner/developer, before they got completed?" a lawyer asked Trump.

He responded, "Well, I fought like hell with some banks, but I never actually — I don't think so."

SEE MORE: Will President Trump Have A Mandate? It Doesn't Really Matter

Trump will take the presidential oath of office Jan. 20 in Washington, D.C. His deposition is scheduled for the first week in January, to be held in New York City at Trump Tower.

This latest deposition stems from Trump's lawsuit with celebrity chef José Andrés, who was supposed to open a restaurant in Trump's new D.C. hotel.

Andrés backed out of the deal following Trump's campaign trail comments about immigrants. Trump sued him for breach of contract, to the tune of $10 million.

Andrés lawyers agreed to hold the deposition in Trump Tower. But they are still tangling with Trump's lawyers over demands the interview be limited to two hours.

Andrés lawyers said in a statement, "It seems dubious that the president-elect cannot be afforded adequate security in the capital of the United States, but defendants are willing to accommodate that demand. ... Defendants cannot, however, accept Trump LLC's attempt to hamstring defendant's questioning of the man who directed the bringing of this lawsuit."

Trump was deposed in June in a similar lawsuit he filed against another chef who backed out of a restaurant deal. That tape went public in September.

Trump told the interviewer then that his campaign comments might actually be good for business, saying of the chef he sued, "If he had the restaurant, it would be helped as opposed to hurt."