Donald Trump Has Decided On His Supreme Court Nominee 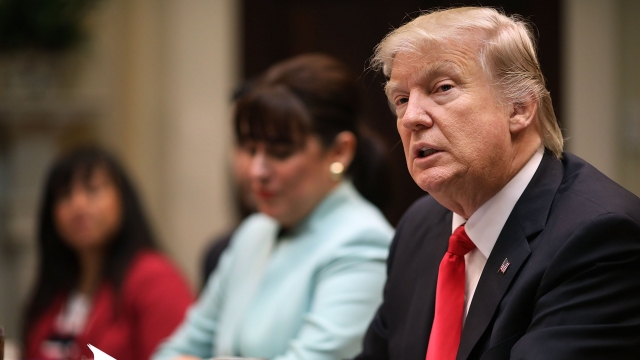 SMS
Donald Trump Has Decided On His Supreme Court Nominee
By Briana Koeneman
By Briana Koeneman
January 30, 2017
Trump told reporters at the White House and tweeted Monday he plans to announce his choice to replace Justice Antonin Scalia on Tuesday night.
SHOW TRANSCRIPT

Since taking office, President Donald Trump has been pretty tight-lipped about whom he would nominate for the U.S. Supreme Court. But now, he's ready to make his pick.

"A person who is unbelievably highly respected. And I think you will be very impressed with this person," Trump said.

Trump told reporters at the White House and tweeted Monday he plans to announce his choice to replace the late Justice Antonin Scalia on Tuesday night.

Other details surrounding the nomination are still unclear. But U.S. Circuit Judges Neil Gorsuch, Thomas Hardiman and William Pryor are rumored to be the top contenders for the position.

And when Trump finally does reveal his selection, his team is apparently prepared to fight tooth and nail to get that person confirmed. 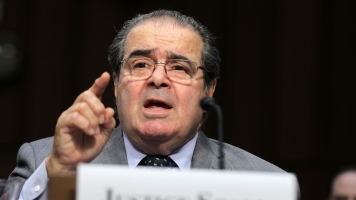 While on the campaign trail, Trump released a list of 21 potential candidates to fill the Supreme Court vacancy. Gorsuch, Hardiman and Pryor are on that list.

According to Politico, Trump's advisers and outside groups are prepared to spend millions of dollars in ads mostly to convince Senate Democrats to back the nominee.

The report quotes the Judicial Crisis Network as saying it will spend "$10 million boosting Trump's choice, targeting mostly Senate Democrats up for reelection in 2018 in states that Trump carried."

The Supreme Court has been working with only eight judges since Scalia's death last year.