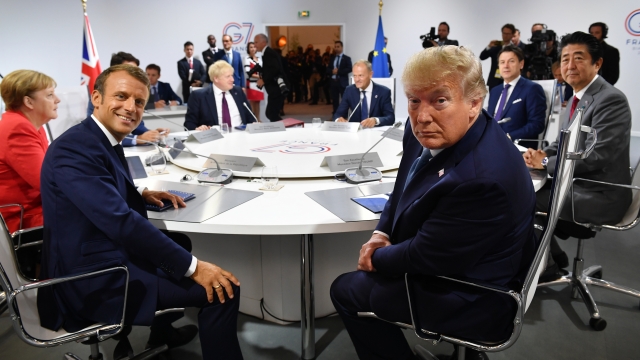 SMS
President Trump, White House Give Mixed Messages On China Trade War
By LeeAnne Lowry
By LeeAnne Lowry
August 25, 2019
After the president said he had "second thoughts" about the trade war, the White House said in a statement he only regrets not raising tariffs higher.
SHOW TRANSCRIPT

At the Group of Seven Summit on Sunday, President Donald Trump signaled that he might regret the trade war with China. But, the White House clarified he only regrets not raising tariffs higher.

The president also said he doesn't currently have plans to force American companies to leave China, despite a previous warning that businesses should look for alternatives.

He told reporters, "For many years this has been going on, in many ways, it is an emergency. I have no plan right now. Actually, we're getting along very well with China right now. We're talking. I think they want to make a deal much more than I do."