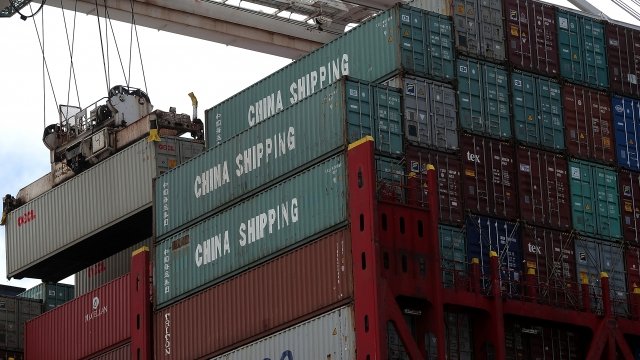 President Donald Trump said he is weighing the idea of imposing tariffs on all Chinese goods.

In an interview with CNBC that aired Friday, Trump said, "I'm ready to go 500."

He's referring to the more than $500 billion worth of Chinese goods imported into the U.S. last year.

Trump has already placed a 25 percent tariff on $34 billion worth of Chinese goods.

The president told CNBC he isn't doing this for politics, he's doing it because China has been unfair to the U.S.

When asked if he would impose the tariffs even if it caused a sharp drop in the stock market, Trump responded, "If it does, it does."