Trump: 'We're Going To Get To The Bottom' Of Khashoggi Case 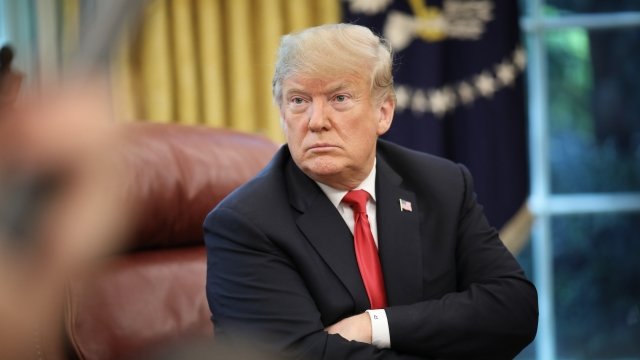 SMS
Trump: 'We're Going To Get To The Bottom' Of Khashoggi Case

By Sebastián Martínez Valdivia
October 10, 2018
The president said he was in contact with missing journalist Jamal Khashoggi's fiancee.
SHOW TRANSCRIPT

President Donald Trump says his administration has been in contact with Saudi Arabia over the disappearance of Saudi dissident journalist Jamal Khashoggi.

"It's a very sad situation, it's a very bad situation and we have to get to the bottom of it," President Trump said on Wednesday.

The president didn't weigh in on whether he thought the Saudis had killed Khashoggi, as Turkish officials have alleged. He did say the White House has been in touch with Khashoggi's fiancee.

Khashoggi has been missing for more than a week since he went to visit the Saudi consulate in Istanbul. The Saudi government has said he left the consulate, but Turkish officials allege he was actually murdered there.

Khashoggi was a former Saudi government adviser who had become increasingly critical of Crown Prince Mohammed bin Salman. He was reportedly visiting the consulate to get documents for his upcoming wedding to his Turkish fiancee.