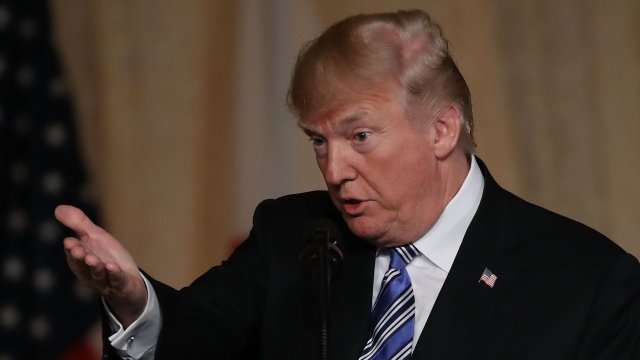 Not long after Iran warned the U.S. not to pull out of the 2015 nuclear deal, President Donald Trump had a warning of his own.

"If they restart their nuclear program, they will have bigger problems than they ever had before," Trump said.

During a meeting with French President Emmanuel Macron, Trump criticized the Iran nuclear deal as "insane" and "ridiculous."

But he didn't say if he will reimpose economic sanctions on Iran, which would be a big blow to the agreement. Trump set a May 12 deadline to decide if he'll restore those sanctions.

On Tuesday, Iranian President Hassan Rouhani warned the Trump administration to remain in the 2015 nuclear deal or "face severe consequences."

And earlier this week, Iran's foreign minister said the country could "resume at much greater speed our nuclear activities" if the U.S. drops out of the nuclear deal.