Trump Wants More Nuclear Weapons, But We Already Have Thousands 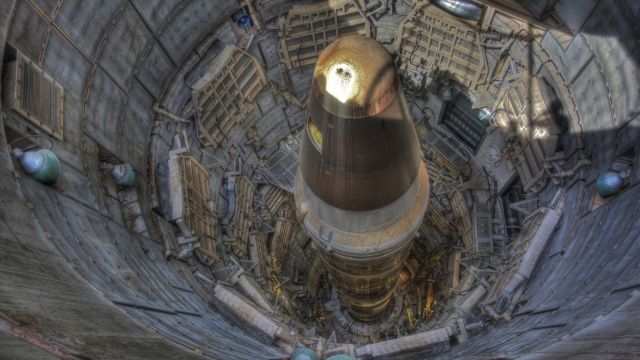 But how many nuclear warheads does America already have? Probably about 7,000.

That's according to the Federation of American Scientists, which tracks the number of nuclear weapons around the world. But the exact number in each country's stockpile is a secret.

The only country with more warheads than the U.S. is Russia, with an estimated 7,300.

About a third of the U.S. and Russia's nuclear warheads are scheduled to be dismantled. The others are either stored in a central facility or on military bases or ships, potentially ready for use.

The other countries with nuclear weapons include Pakistan, China, India, Israel, France and the United Kingdom. Those six countries have a combined nuclear stockpile of about 1,100.

That leaves out North Korea, which has completed nuclear tests but hasn't produced enough public evidence that the country actually has nuclear weapons capability.

No one really knows how Trump plans to strengthen the country's nuclear program. But the U.S. hasn't produced a nuclear weapon since the end of the Cold War.