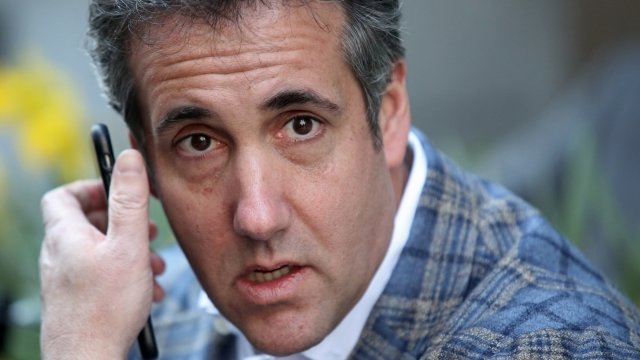 A federal judge has denied a request to temporarily bar investigators from reviewing materials taken from the office of President Donald Trump's personal lawyer Michael Cohen.

According to several reports, Trump's lawyers filed papers Sunday to stop any review of the materials, which were seized during FBI raids of Cohen's home, office and hotel room last week.

Trump's team says the president and Cohen need to look over those materials first to determine which ones should be excluded under attorney-client privilege.

The judge did give a win to Trump's team, though, saying Cohen and Trump can review documents collected in the raids and say how much should be protected. Then the judge will decide what kind of oversight the government review of the materials will get.

According to court documents filed Friday, Cohen is under criminal investigation. The probe reportedly revolves around Cohen's personal "business dealings."