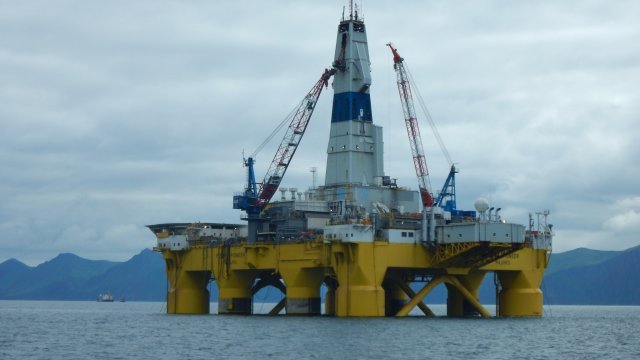 The Trump administration is taking steps to dramatically expand offshore drilling in the U.S. — but not without some pushback.

On Thursday, Secretary of the Interior Ryan Zinke unveiled the first draft of a plan to open up almost the entire outer continental shelf to drilling. That includes the coasts of Maine, California, Florida and Alaska.

Oil and gas industry groups welcomed the proposal, but it was blasted by more than 60 environmental groups in a joint statement.

Advocacy group Oceana said of the proposal, "This radical offshore drilling free-for-all is a clear example of politics over people, ignoring widespread local and state opposition."

The proposal has also attracted bipartisan criticism from legislators and local officials in some states.

This proposal follows last month's decision to roll back safety and environmental regulations put in place by the Obama administration after the Deepwater Horizon spill. That disaster killed 11 workers and dumped millions of barrels of oil into the Gulf of Mexico in what became the worst oil spill in U.S. history.

Both actions are part of President Trump's agenda to increase domestic oil production and "energy dominance."