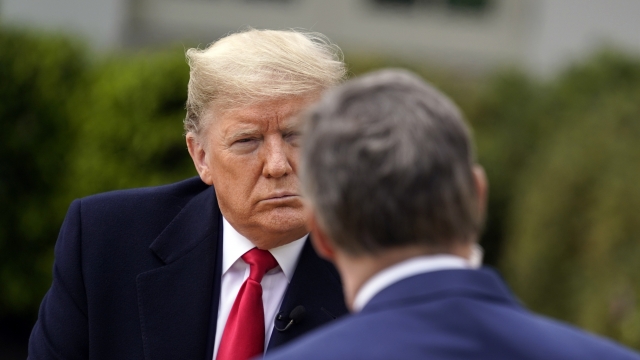 SMS
President Trump Says He Wants The U.S. Back To Normal Within 3 Weeks

By Bailey Vogt
March 25, 2020
The president said he "would love to have the country opened up and just raring to go by Easter", which is less than three weeks away.
SHOW TRANSCRIPT

President Donald Trump said he hopes he can relax coronavirus distancing measures by Easter — a timeline many experts say is too short.

The president said on Fox News Tuesday he "would love to have the country opened up and just raring to go by Easter", which is April 12, less than three weeks away.

He added he wants to get the economy up and moving again after social distancing guidelines led to an economic slowdown and left thousands unemployed.

But many health experts worry guidelines don't need to be relaxed, but strengthened. According to The Associated Press, public health officials are concerned easing distancing could lead to more infections and overwhelm hospitals — leading to more deaths.

Those guidelines expire next week, and although President Trump said he would extend them if needed, he says Americans need to return to work "much sooner than people thought."