Trump Calls Out Violent Culture And Internet After 2 Mass Shootings 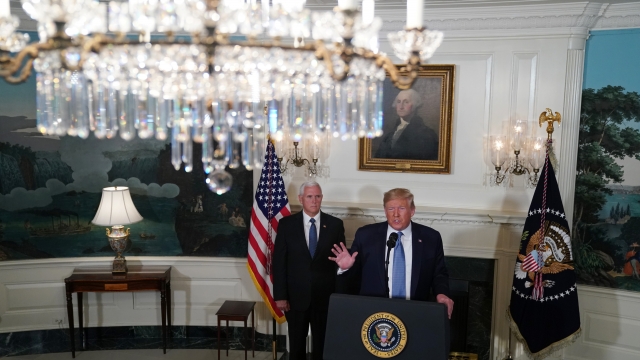 In light of the El Paso and Dayton mass shootings, President Donald Trump called for changing the country's mental health laws and combating what he called the "glorification of violence in our society."

"We must reform our mental health laws to better identify mentally disturbed individuals who may commit acts of violence and make sure those people not only get treatment but, when necessary, involuntary confinement," Trump said.

The president also placed some blame on the internet, social media and video games.

"We must recognize that the internet has provided a dangerous avenue to radicalize disturbed minds and perform demented acts. We must shine light on the dark recesses of the internet and stop mass murders before they start," Trump said.

But prior to his statement Monday morning, the president used Twitter to call on Republicans and Democrats to "come together and get strong background checks." And he suggested tying gun control legislation to immigration reform.

The House passed two gun control measures in February that would strengthen background checks across the country. But Senate Majority Leader Mitch McConnell hasn't brought either bill up in the Senate, and at the time, the White House threatened to veto both measures.

The House and Senate are currently in recess until after Labor Day. It's unclear whether either chamber would call its members back to Washington D.C. to address gun legislation.