Trump Wants A Sports Stadium For His Nomination Acceptance Speech 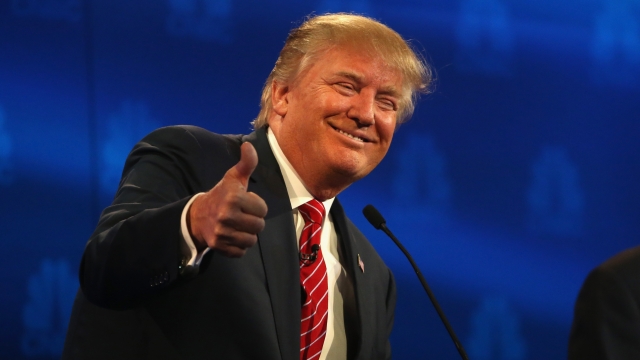 Donald Trump is reportedly looking to hold his acceptance speech for the GOP presidential nomination at a major sports stadium in Cleveland.

The scale of the event sounds somewhat similar to the one President Obama held in Denver in 2008 when he accepted the Democratic nomination for president. It's estimated 80,000 people attended that event.

Mitt Romney's acceptance speech from 2012 in Tampa was a bit smaller — an estimated 50,000 people were in attendance for that event.

But Trump reportedly found Romney's performance that night pretty weak, and a Gallup poll showed the speech had a pretty low impact with voters.

So it looks like Trump is hoping to give his event a bit more excitement. CNN reports Trump plans to be "intimately involved" in planning his event and wants to give it a "Hollywood flair."