Trump Vs. Clinton In November Could Be Bad For Voter Turnout 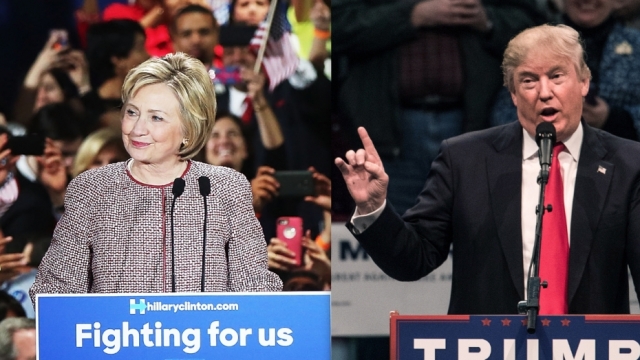 It's looking more and more inevitable that Hillary Clinton and Donald Trump will be the presidential nominees for their respective parties. But having those two on the ballot in November could be bad for voter turnout.

A Rasmussen Reports survey asked likely voters how they would vote if it's Clinton vs. Trump for the 2016 general election. It found 24 percent would either not vote at all or vote for some other candidate — which in the grand scheme of things is almost like not voting.

Among those who would vote for Trump or Clinton, the results had them tied at 38 percent each.

Regardless of the candidates, voter turnout is an issue in the U.S. For the last 10 presidential elections, national voter turnout ranged between 51.7 and 61.6 percent.

Comparing the most recent presidential election internationally, the only other developed democracies with worse voter turnout than the U.S. are Japan, Chile and Switzerland.