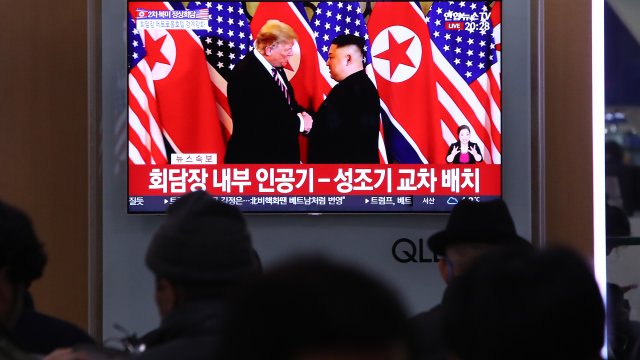 "I think that your country has tremendous economic potential — unbelievable, unlimited," Trump said.

As they kicked off their second summit together Wednesday in Vietnam, President Trump said Kim has "a tremendous future" with North Korea. The president told Kim he looks forward to watching that future unfold, and he promised "we will help it to happen."

Ahead of the summit, experts predicted President Trump might offer to ease economic sanctions against the North in an effort to coax Kim into giving up his nuclear weapons program.

The president hinted at that strategy a few hours before his meeting with Kim, tweeting: "Vietnam is thriving like few places on earth. North Korea would be the same, and very quickly, if it would denuclearize."

And it seems improving North Korea's economy is high on Kim's priority list. Days before the summit began, a group of his top aides reportedly toured one of Vietnam's biggest conglomerates to learn more about its success.