Trump's Visit To This Jewish Holy Site Wasn't Without Controversy 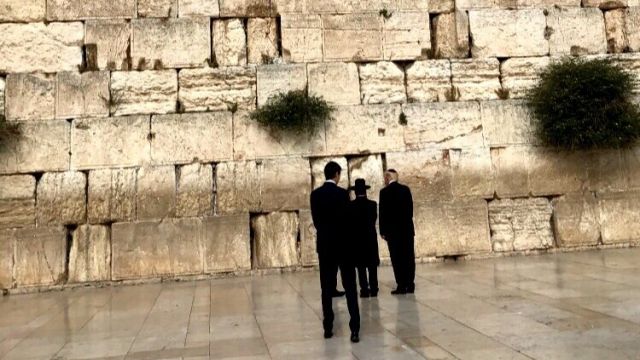 While in Israel, President Donald Trump became the first U.S. sitting president to visit the Western Wall. It's considered to be one of the holiest places in the Jewish faith.

The Western Wall is located in the Old City of Jerusalem — land Israel seized from Jordan during the Six-Day War in 1967.

Israel later made Jerusalem its capital, but other parts of the world refuse to recognize Israel's claim. That's why countries instead have foreign embassies in Tel Aviv — including the U.S.

Jerusalem is also a major sticking point of the Israel-Palestine conflict. Both sides consider Jerusalem its capital.

That's why the Trump administration did not want Israeli Prime Minister Benjamin Netanyahu to accompany Trump to visit the Western Wall.

ABC reports the administration claimed it was a "private visit." But a U.S. official reportedly also told an Israeli official that the Western Wall is "not your territory. It's part of the West Bank."

Trump's visit coincides with the 50th anniversary of Israel's capture of Jerusalem.