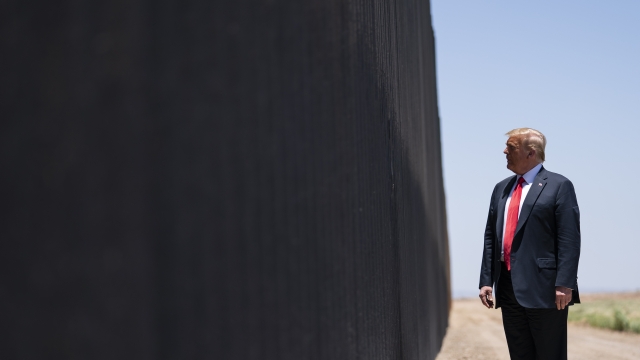 Months after images of children in crowded border patrol facilities sparked criticism from both Democrats and Republicans...data shows migrant encounters still remain historically high while the number of unaccompanied children coming to the southern border has decreased.

One of the main concerns has been how quickly the Biden administration has been able to move unaccompanied children from Customs and Border Patrol care into Health and Human Services facilities better equipped to care for them.

Near the height of the crisis in late March, a 30-day average of 4,290 unaccompanied children were in Customs and Border Patrol care. By late June that number was 754 children. While the administration has been able to process unaccompanied minors out of CBP facilities more quickly….Today over 14,000 children remain in HHS care.

"You look at our border, it is wide open," said former President Donald Trump.

Former President Trump and Republicans say President Biden's more welcoming rhetoric towards immigrants led to the surge. Trump is set to visit the border on Wednesday. Meanwhile the White House maintains the number of migrants  began spiking in the final months of the Trump administration.

"Our administration, it is important to be clear, is working to build a fair and a functional and humane immigration system. We feel very strongly about that," said Vice President Kamala Harris.

The former president's trip will come days after Vice President Kamala Harris visited the border near El Paso, Texas. She also recently visited Guatemala and Mexico to deal with what she called the root causes of migration.

Former President Trump will be accompanied by several House GOP members and Texas Governor Greg Abbott, who recently said he would build a barrier along the southern border.

"We are announcing that Texas will build a border wall in our state to help secure our border," said Texas Governor Greg Abbott.