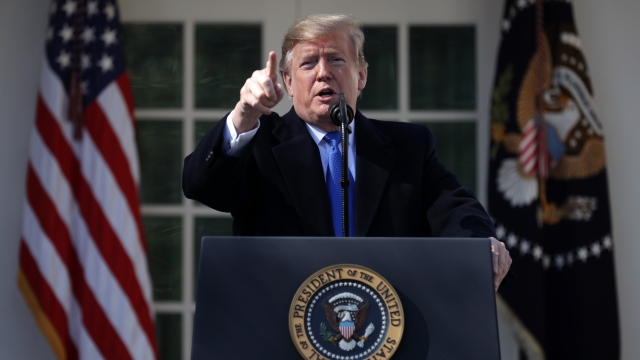 SMS
President Trump Vetoes Resolution On Saudi-Led War In Yemen
By Dakota Karson
By Dakota Karson
April 16, 2019
The resolution passed the House and Senate, but it may not have enough support for Congress to override the president's veto.
SHOW TRANSCRIPT

President Donald Trump has vetoed a resolution to end the U.S.' involvement in the Saudi-led war in Yemen.

Congress sent the Yemen War Powers Resolution to the president's desk earlier this month. It aimed to end the U.S.' involvement in a four-year war that has killed thousands of people.

President Trump said in a statement to the Senate on Tuesday that the resolution is an "unnecessary, dangerous attempt to weaken [his] constitutional authorities, endangering the lives of American citizens."

It marks the second time he has used his presidential powers to veto a resolution. As Newsy has previously reported, the resolution's passage in the Senate and House did not reach a level of support that would enable lawmakers to override the president's veto.