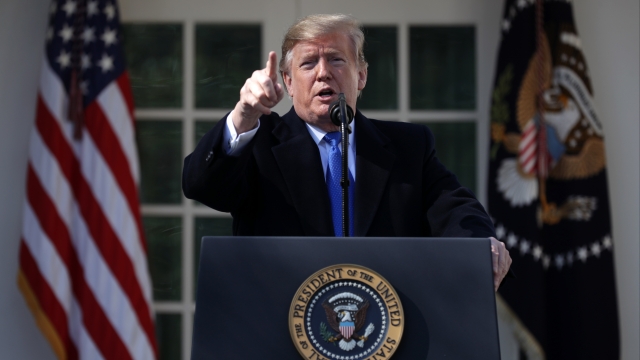 "As president, the protection of the nation is my highest duty," President Trump said.

The Senate passed the resolution Thursday, with 12 Republicans joining forces with Democrats in supporting the bill. The House similarly approved the measure in February.

President Trump's repeatedly said he wouldn't sign the resolution. It's the first veto of his presidency.

A two-thirds majority in both the House and the Senate are now needed to override the veto. But Senate Majority Leader Mitch McConnell previously said he doesn't think the two chambers have the necessary votes.