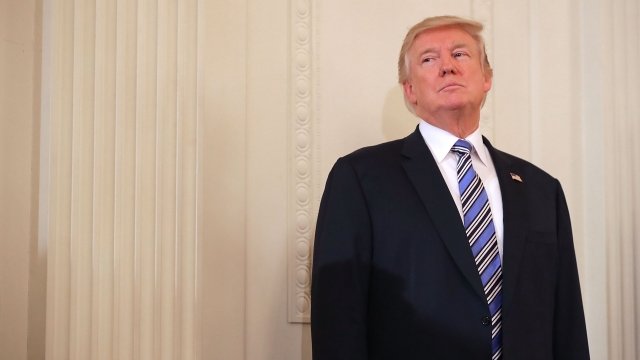 SMS
Trump Issues Venezuelan Leader An Ultimatum, Threatens Sanctions
By Jake Jones
By Jake Jones
July 18, 2017
Trump said if the July 30 referendum is allowed to take place, there will be "strong and swift economic actions" taken against Venezuela.
SHOW TRANSCRIPT

The White House has issued an ultimatum to Venezuelan leader Nicolás Maduro: cancel plans to create a constituent assembly or face "strong and swift economic actions."

President Donald Trump's statement called Maduro a "bad leader" with dreams of "becoming a dictator." He said the U.S. "stands with the people of Venezuela" and will not look on while the nation "crumbles."

Maduro's government has since rejected the threat, saying the vote set for July 30 to elect a new legislature will go on as planned. That body would then have the power to rewrite the nation's constitution, something Maduro's opponents reject. Maduro has also called for a review of relations with the U.S. since Trump's statement.

More than 7 million Venezuelans voted against a new assembly. But that referendum was organized by the opposition and not sanctioned by Maduro, which makes it both unofficial and nonbinding.

Exactly what "economic actions" Trump is referring to is up for debate.

The U.S. could sanction Venezuela's oil industry — but that could be counterproductive. The U.S. partially relies on Venezuelan oil, and sanctioning the nation's most important commodity could make matters even worse for the Venezuelan people. 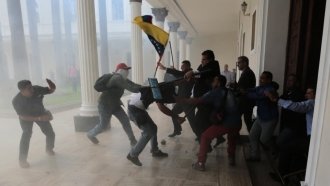 In the past, the U.S. has favored sanctioning specific people within Maduro's government. Currently, the country's vice president and eight judges on the Supreme Court are under individualized sanctions, which freeze any American assets they have and bars them from traveling to the U.S.