Trump Says US Stands By Saudi Arabia Despite Khashoggi's Death 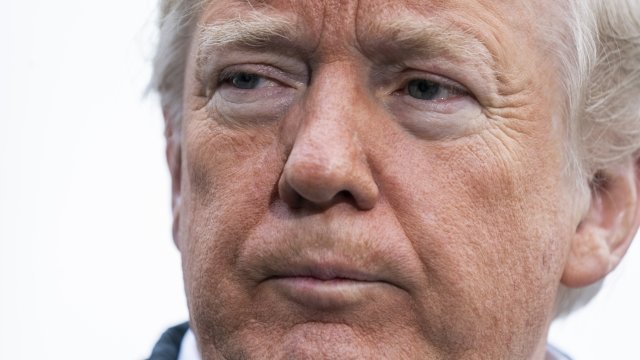 President Donald Trump says his administration will continue to stand by Saudi Arabia in the wake of Jamal Khashoggi's death.

Trump said in a statement Tuesday "the crime against Jamal Khashoggi was a terrible one" and that the U.S. doesn't condone it.

But he added we may never know all the facts surrounding the killing and said the U.S. "intends to remain a steadfast partner of Saudi Arabia."

The CIA reportedly believes the Saudi government at its highest levels was involved — namely Saudi Crown Prince Mohammed bin Salman. But Trump has been hesitant to blame Salman.

According to CNN, Trump is expected to get a CIA assessment on Khashoggi's death later on Tuesday.