Trump Says US Is Already Releasing Migrants To Sanctuary Cities 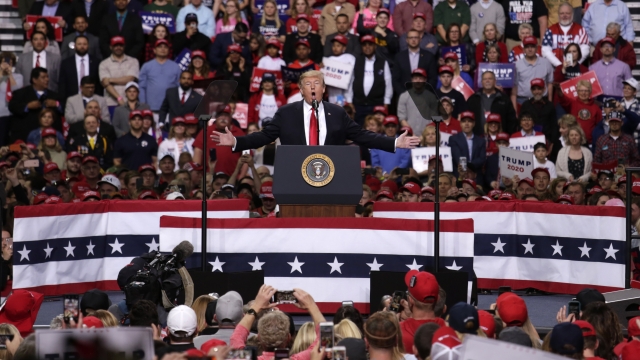 SMS
Trump Says US Is Already Releasing Migrants To Sanctuary Cities
By LeeAnne Lowry
By LeeAnne Lowry
April 28, 2019
The idea has reportedly been rejected twice, and DHS hasn't announced any change to those decisions.
SHOW TRANSCRIPT

He said at a rally in Wisconsin: "They're not too happy about it. I'm proud to tell you that was actually my sick idea."

According to The Washington Post, White House officials have proposed the idea twice: first in November, when a migrant caravan was on its way to the U.S.-Mexico border, and then again in February when lawmakers were at odds over border wall funding.

In both cases, the idea was rejected, and the Department of Homeland Security hasn't announced any change to those decisions.

Earlier this month, a White House official told The New York Times that the primary purpose of the idea was to deal with the migrants, not to punish Democrats. But the president's comments appear to contradict that.

President Trump previously said he was considering the idea "due to the fact that Democrats are unwilling to change our very dangerous immigration laws." House Speaker Nancy Pelosi has called the plan "unworthy of the presidency."