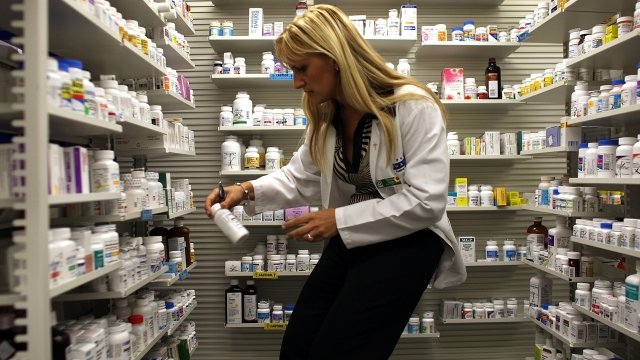 "We're taking aim at the global freeloading that forces American consumers to subsidize lower prices in foreign countries through higher prices in our country. And I've seen it for years, and I never understood," Trump said. "Same company, same box, same pill, made in the exact same location. And you'll go to some countries, and it would be 20 percent the cost of what we pay, and in some cases much less than that."

The White House estimates the initiative will cut Medicare's payments for those drugs by 30 percent over the next five years.

Trump's also proposing changes to physician drug reimbursements, so doctors would be paid a flat rate instead of having a monetary incentive to provide higher-cost drugs.

The move is part of the Trump administration's effort to lower prescription drug prices in the U.S. And it comes just ahead of the November midterm elections, as health care remains a key issue for Republicans and Democrats.