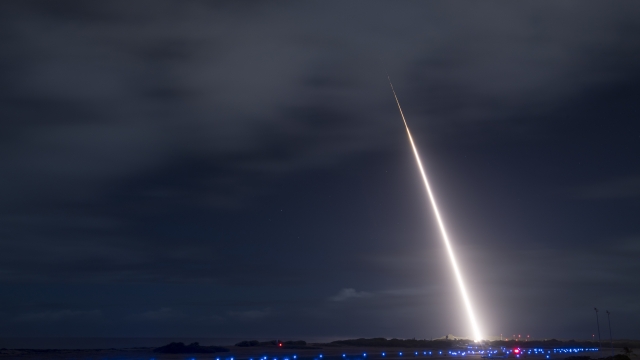 President Donald Trump unveiled the contents of his administration's long-awaited Missile Defense Review during his visit to the Pentagon Thursday.

"In a time of rapidly evolving threats, we must be certain that our defensive capabilities are unrivaled and unmatched anywhere in the world," the president said.

The review calls for further research into a more robust space-based defense system, including possibly deploying sensors into space to detect and track enemy missiles. It also wants to study the possibility of developing laser-armed drones to intercept enemy missiles after they first take off.

President Trump ordered the congressionally-mandated Missile Defense Review be carried out back in January 2017. Its release has been delayed several times. It's also been revamped to include changes in U.S. defense strategies against weapon systems that both China and Russia are developing. The review also calls out concerns about North Korea and Iran's advancing capabilities.