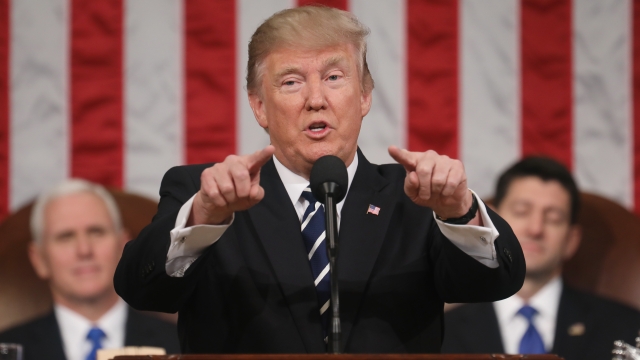 As expected, the proposed budget includes significant cuts to many federal agencies, like the State Department and Environmental Protection Agency.

President Donald Trump has released his proposed budget outline. As expected, it includes significant cuts to many federal agencies, like the State Department and the Environmental Protection Agency.

"From this day forward, it's going to be only America first. America first," Trump said during his inauguration speech Jan. 20.

If approved, the State Department's budget would be cut by 28 percent.

And funding for the Environmental Protection Agency would go down by 31 percent.

By slashing funding for the State Department and foreign aid, President Donald Trump's budget proposal might cut into embassy security.

But the budget would boost defense spending. The military stands to gain $54 billion in funding.

The Department of Homeland Security would also see a nearly 7 percent jump in funding. That's expected, given Trump's executive order that calls for the ramp-up of detentions and deportations, as well as the construction of a southern border wall.

As Trump's chief strategist said last month, the administration's agenda includes the "deconstruction of the administrative state." That's apparent in the proposed elimination of jobs in environmental programs.

The White House is expected to release a more detailed budget that will include tax proposals in the coming months. House and Senate committees will now assess Trump's budget. It's just the first step in a monthslong process before the new fiscal year starts in October.