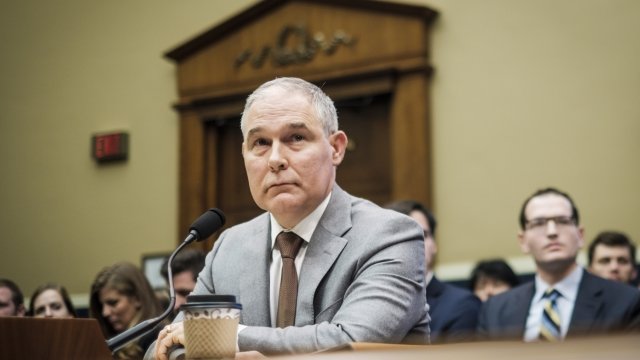 President Donald Trump has painted the attacks on his EPA administrator as unfair. A lot of critics have zeroed in on the EPA's claims that Scott Pruitt's expensive travel is necessary for security reasons. Trump says Pruitt's security tab is "somewhat more" than his predecessor.

It's hard to know exactly how much more it is because information on those costs is a little tricky to get. But a Democratic lawmaker said in a letter to the EPA inspector general that in his first three months in office, Pruitt spent more than twice what the previous two EPA chiefs spent on security in the same time frame.

And an investigation from the Associated Press found Pruitt has 20 full-time security agents. The last person to hold his office, Gina McCarthy, had six or seven. 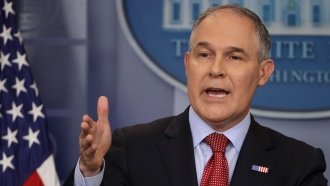 When you look at travel, the difference is starker, but it's hard to know if it's a fair comparison. Now, stay with me here. The EPA spent about $1.2 million on trips for the last two EPA heads during their combined seven-and-a-half-year tenures. The AP said earlier this month the agency has spent close to $3 million on security under Pruitt when pay is added to travel expenses. He's been in office since early last year. It's not clear if pay is part of the first figure or not.

The AP also reported that Pruitt's security workers racked up so much overtime on trips that many of them hit $160,000 salary caps.

So, while it's a little hard to draw specific, comparable numbers on how much more Pruitt has spent on security than his predecessors, it's definitely not accurate to say the costs are "somewhat" more.