Trump Says U.S. And Japan Have Agreed 'In Principle' On Trade Deal 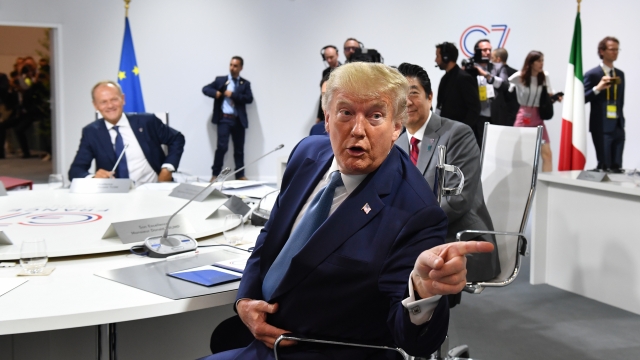 SMS
Trump Says U.S. And Japan Have Agreed 'In Principle' On Trade Deal
By Alec Larson
By Alec Larson
August 25, 2019
​President Trump and Japanese Prime Minister Abe Shinzo met and came to the agreement at the G-7 summit in France.
SHOW TRANSCRIPT

The president tweeted Sunday, saying the deal "will be great for our Farmers, Ranchers and more."

Following President Trump and Abe's trade meeting at the G-7 summit in France, U.S. Trade Representative Robert Lighthizer said the two countries agreed on three core principles — agriculture, industrial tariffs and digital trade. He said they'd "get into the details at another time, but generally, Japanese is our third-largest agricultural market," importing about $14 billion worth of U.S. agriculture products.

President Trump says the two sides plan to finalize the trade agreement at the U.N. General Assembly in September.