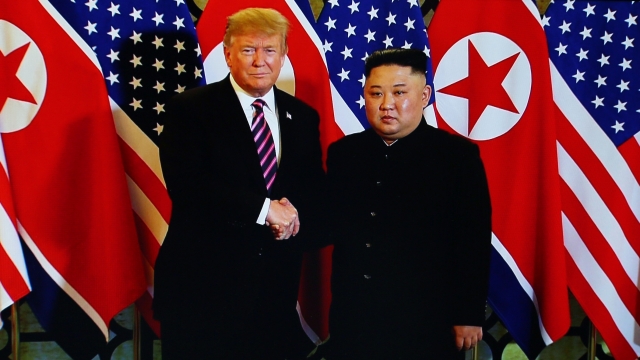 President Donald Trump made a surprising and confusing announcement on Twitter Friday regarding North Korean sanctions.

The tweet said,"It was announced today by the U.S. Treasury that additional large scale Sanctions would be added to those already existing Sanctions on North Korea. I have today ordered the withdrawal of those additional Sanctions!"

But neither of those statements really clear up what the president is talking about.

On Thursday, the Treasury Department did take action against two shipping companies that helped North Korea evade sanctions, but both are based in China. But it's hard to see how that would qualify as the "large scale sanctions" President Trump mentioned in the tweet.

Also on Thursday, the Treasury Department put out updated guidance on addressing North Korea's illicit shipping practices. That document does include new sections that accuse specific ships of being involved in ship-to-ship transfers or North Korean coal exports. But it specifically says those additions are "not a sanctions list."

Media outlets across the country quickly tried to add context to the president's announcement, but until the White House releases more details, all those assertions, including our own, are more of an educated guess.