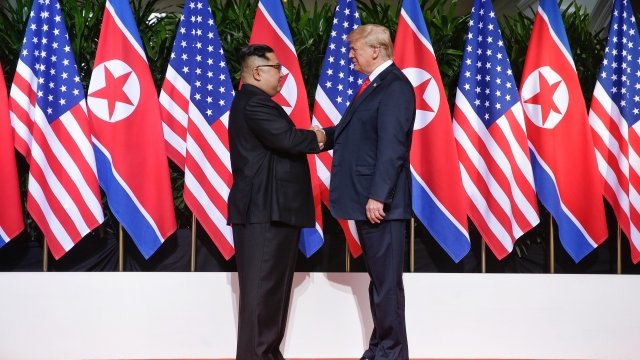 The letter applauded the president for meeting Kim in Singapore and called it "the start of a meaningful journey."

The letter and the president's claim of making "progress" come amid reports that might suggest the opposite is happening.

The same day as Trump's tweet, North Korean officials reportedly failed to show up for a meeting with their U.S. counterparts about returning the remains of U.S. soldiers. And Secretary of State Mike Pompeo reportedly paid a visit to Pyongyang that went "as badly as it could have gone."