Trump Asks For Due Process As Staffers Resign Amid Abuse Allegations 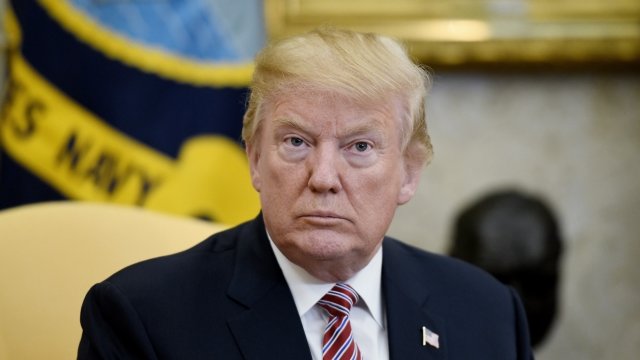 SMS
Trump Asks For Due Process As Staffers Resign Amid Abuse Allegations
By Ethan Weston
By Ethan Weston
February 10, 2018
Two White House staffers have resigned in the past week due to abuse allegations.
SHOW TRANSCRIPT

President Donald Trump took to Twitter on Saturday to talk about allegations and due process.

Peoples lives are being shattered and destroyed by a mere allegation. Some are true and some are false. Some are old and some are new. There is no recovery for someone falsely accused - life and career are gone. Is there no such thing any longer as Due Process?

His comments come in the wake of the resignation of two White House staffers — David Sorensen and Rob Porter. Both men have been accused of physical and emotional abuse by their ex-wives.

On Friday, Trump lamented Porter's departure, telling reporters, "he did a very good job while he was in the White House." Trump didn't mention either of Porter's ex-wives but emphasized that Porter said he was innocent.