Will Trump Honor A Refugee Deal With A Close US Ally? 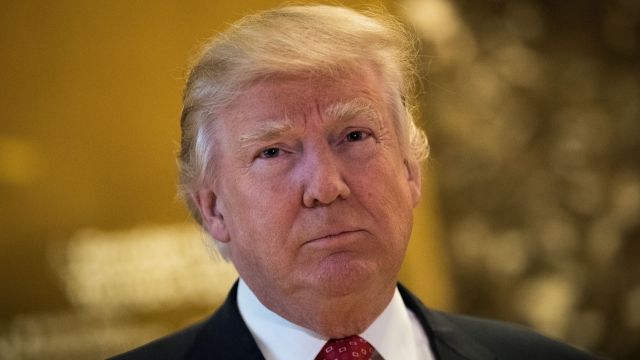 SMS
Will Trump Honor A Refugee Deal With A Close US Ally?
By Ryan Biek
By Ryan Biek
February 2, 2017
The Obama administration made a deal with Australia to take about 1,200 asylum-seekers. Trump tweeted he would "study this dumb deal."
SHOW TRANSCRIPT

President Donald Trump is creating doubts over whether he'll honor an agreement with Australia that he called a "dumb deal."

Some background: Australian Prime Minister Malcolm Turnbull has been criticized for his stance on refugees.

Roughly 1,200 asylum-seekers — mostly from Iran, Afghanistan and Iraq — have been refused entry into Australia and instead have been kept in detention centers on other Pacific islands.

Toward the end of his term, former President Barack Obama struck a deal with Turnbull for the U.S. to take in those asylum-seekers. That's now jeopardized by Trump's recent executive order that temporarily freezes the refugee program and bans travelers from several countries, including Iraq and Iran.

Turnbull spoke to Trump over the weekend, reportedly to make sure the agreement would still be honored.

But according to The Washington Post, Trump accused Australia of trying to send the U.S. a new wave of "Boston Bombers." We should note the two Tsarnaev brothers were from the Caucasus region of Russia.

Despite an allegedly tense phone call, the U.S. State Department insisted the refugee deal was still on. But that was before Trump tweeted he would study it –– adding new speculation that he might not go through with it.

Trump has promised before to undo many of Obama's actions. Australia is widely considered one of the U.S.' closest allies.