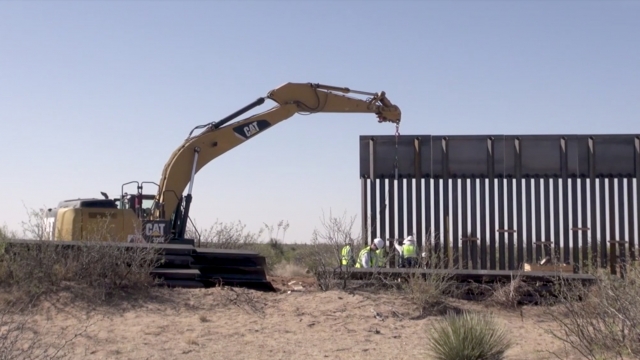 Recently, he tweeted: "We have just built this powerful Wall in New Mexico. Completed on January 30, 2019 — 47 days ahead of schedule!"

The U.S. Army Corps of Engineers confirmed that the section of border the president highlighted is in Santa Teresa, New Mexico. That project replaced 20 miles of vehicle barriers with a stronger, taller type of wall. The key here is "replaced". The project didn't build any new miles of wall, but it did strengthen the barrier pretty significantly. The old vehicle fences were easy to walk over, and the new wall is designed to stop people from sneaking under, through or over it.

So what about the timeline of the project? The contractor finished it on Jan. 30, as the president tweeted. But whether or not that completion was "47 days ahead of schedule" is harder to determine.

According to U.S. Customs and Border Protection, construction began on April 9, 2018. But there were several estimates on how long the project would take, with expected completion dates ranging from January to May of this year. From the information we could find, it's unclear if the project finished "ahead of schedule" or on time.