Trump Tried To Bond With Merkel Over Unproven Wiretapping Claims 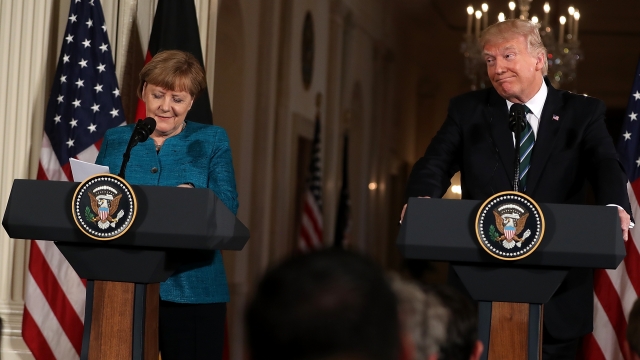 SMS
Trump Tried To Bond With Merkel Over Unproven Wiretapping Claims
By Lauren Stephenson
By Lauren Stephenson
March 17, 2017
The two leaders have many differences, but the president said — without evidence — they've both been wiretapped by the Obama administration.
SHOW TRANSCRIPT

On Friday, President Trump stood by his claim that former President Obama wiretapped his campaign. But this time, he dragged German Chancellor Angela Merkel into it.

"As far as wiretapping, I guess by this past administration, at least we have something in common, perhaps," Trump said.

In 2013, German newspaper Der Spiegel reported the National Security Agency had tapped Merkel's personal cellphone beginning as early as 2002. Reports indicated Obama knew of the wiretapping and approved its continuation. But the NSA said Obama wasn't aware of it.

Obama and Merkel ended up having a close relationship. 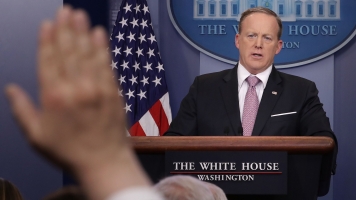 US Officials Reportedly Apologize To The UK Over Spying Claims

A spokesperson for U.K. Prime Minister Theresa May called the claims "ridiculous" and said the White House assured them it wouldn't repeat the allegations.

The wiretapping controversy started earlier this month when Trump tweeted that Obama wiretapped Trump Tower ahead of the presidential election.

Congressional intelligence committees have said there's no evidence that happened.

"Are there, from time to time, tweets that you regret?" a German reporter asked.

"So you never would have wished — "

" — not to have tweeted something?" the reporter asked.

"Probably wouldn't be here right now. But very seldom. We have a tremendous group of people that listen, and I can get around the media when the media doesn't tell the truth," Trump said.