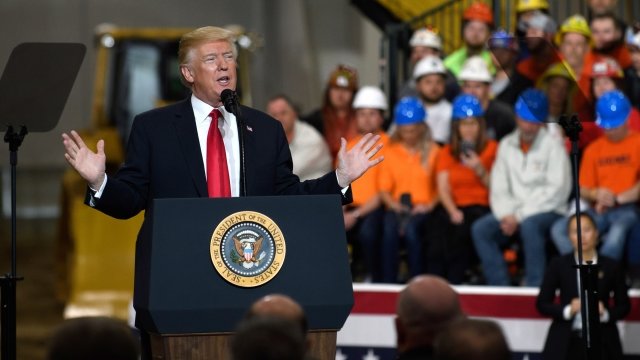 President Donald Trump traveled to Ohio on Thursday for a rally-like address that was billed as a sales pitch for his grand plan to improve the country's infrastructure.

"We are like, in many cases, a third world country," Trump said.

But his policy message was this: put more money into revitalizing America's transportation corridors. He touted his plan to spur $1.5 trillion in infrastructure investment. Under the plan, the feds would have to approve $200 billion in new investment. So far, Congress has only approved $21 billion — way, way short of the president's lofty goal.

Congress has a few bills it could vote on before the midterm elections, but most of that is just reauthorizing funding for existing projects, not approving new investment. What's more, Congress doesn't have a clear source for new funding, and many don't want to add to the country's deficit.