Trump Told EPA Chief Scott Pruitt 'We Have Your Back' 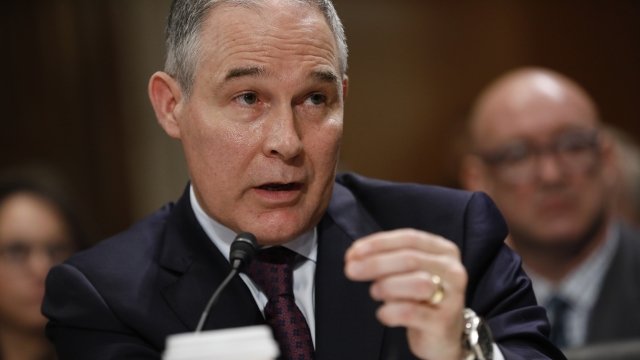 According to multiple media outlets, a White House official said Trump told the head of the Environmental Protection Agency to "keep your head up, keep fighting" and "we have your back." Chief of Staff John Kelly reportedly reiterated that message Tuesday morning.

The phone calls come amid increased scrutiny of Pruitt's ethical practices after news that he leased a Washington, D.C., apartment for $50 a night from the family of an energy lobbyist. The White House is reportedly looking into the issue to determine whether Pruitt broke any federal ethics rules.

Pruitt isn't the first Trump cabinet member to face scrutiny over his ethics.

Former Health and Human Services Secretary Tom Price resigned back in September after reports revealed he spent more than $1 million of taxpayer money on private and military flights.

Secretary of Veterans Affairs David Shulkin left his position in March after the VA inspector general released a report that Shulkin and his wife used VA money to sightsee in England and Denmark.