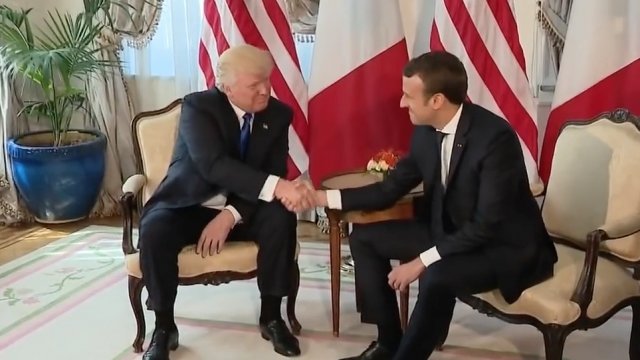 SMS
Trump Is Trying To Shore Up A Shaky Relationship With France's Macron
By Grant Suneson
By Grant Suneson
June 28, 2017
President Trump will visit France to reaffirm "America’s strong ties" with the country after a rocky start.
SHOW TRANSCRIPT

After their relationship got off to a somewhat rocky start, President Donald Trump and France's President Emmanuel Macron could be trying for a reset.

The White House announced Trump will visit France in July for the French holiday Bastille Day and to commemorate the centennial of the U.S. entering World War I.

The press release said Trump "looks forward to reaffirming America’s strong ties of friendship with France," but it seems like Trump and Macron's relationship has nowhere to go but up.

It started with a testy handshake that Macron admitted was "not innocent."

It probably didn't help that the two were already ideologically opposed. Trump said that Macron's election adversary, Marine Le Pen, was a stronger candidate before the vote. 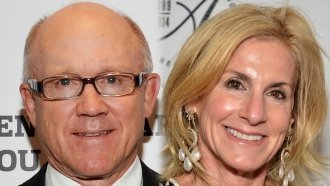 In May, Macron and other NATO leaders looked on as Trump criticized U.S. allies for not chipping in their fair share at an event commemorating NATO's response to the 9/11 attacks.

"Twenty-three of the 28 member nations are still not paying what they should be paying and what they're supposed to be paying for their defense," Trump said in a speech in Brussels.

After Trump pulled out of the Paris climate agreement, Macron asked American scientists to immigrate to France to work on clean energy.

"They will find in France a second homeland," Macron said.

Even if Macron extends an olive branch, Trump likely won't get a warm reception from the French public. A Pew survey found only 14 percent of French people trust him to do the right thing when dealing with world affairs.