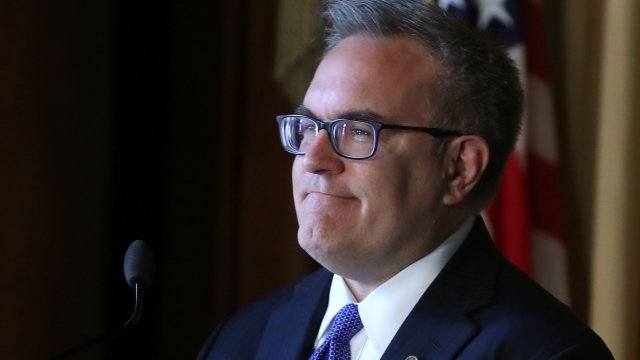 By Cristina Mutchler
November 16, 2018
The President made the announcement during a Medal of Freedom ceremony at the White House Friday.
SHOW TRANSCRIPT

Wheeler was tapped to temporarily lead the agency after the EPA's former head, Scott Pruitt, resigned amid multiple investigations into his spending and ethics.

He started at the EPA during the Bush administration, and also spent years as an energy attorney and coal lobbyist.

Wheeler will still have to pass a Senate confirmation vote before officially taking over.