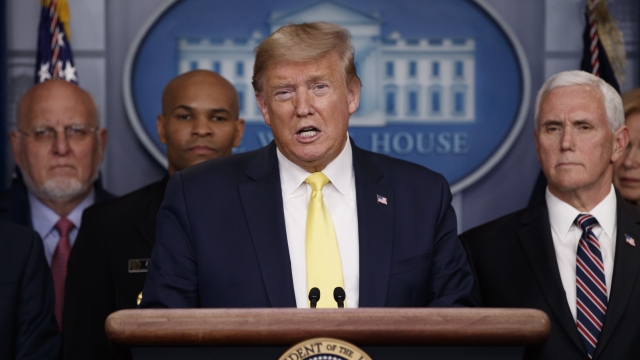 But he first has to meet with lawmakers to discuss those steps Tuesday.

The president said his economic stimulus package could also include financial assistance for hourly wage earners to ensure they don't miss a paycheck if they're sick.

"One of the things that I informed the President that I've been hearing from governors is the concern about hourly wage earners in this country feeling that they had to go to work, even if they were ill. And the President has tasked this economic team, and is already working with leaders in the Congress, to make sure that anyone is not – feels that they're at risk of losing their job or losing a paycheck because they may contract the coronavirus," Vice President Mike Pence said.

The administration's announcement about the possible financial assistance came Monday — the same day the Dow plummeted by more than 2,000 points. It was the worst day Wall Street has seen since the 2008 global financial crisis.

The coronavirus has killed at least 26 people in the U.S. and infected more than 750 others. The majority of the deaths are in Washington state.