White House Kicking Off 'Infrastructure Week' With Some Big Proposals 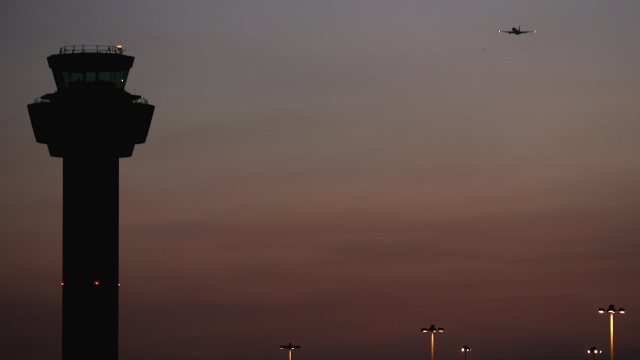 With health care reform in congressional gridlock and tax reform seemingly grounded, the White House has decided to go down a different road.

The White House has declared the coming week "infrastructure week." And if the name is any indication, you'll probably be hearing a lot about roads, bridges and waterways.

First up, though: President Trump wants to privatize the nation's air traffic control. It's not the first time someone has suggested this change, and, like before, it might run into opposition from both sides of the aisle.

The idea behind privatization is that it'll allow air traffic control to modernize faster. But opponents are worried about the transition period, possible legal difficulties and unforeseen costs.

In his recent budget proposal, Trump gave a rough outline of his plans to help bolster America's infrastructure. He's expected to expand on that outline throughout the rest of the week in speeches and bipartisan meetings.

Much of the country's infrastructure is in bad shape, and the need to revitalize it seems to be something most Americans agree on. But how the two parties hope to do that differs.

Further privatization may also be in the administration's agenda. It has talked about selling parts of U.S. infrastructure, like roads, to private investors.

But Democrats would rather let the federal government be responsible for keeping the country's infrastructure up-to-date. They've proposed two plans of their own — one from Senate Democrats for $1 trillion to be spent on infrastructure, and another from the Congressional Progressive Caucus that calls for $2 trillion.

The administration isn't expected to get too specific on how the government will cover its multibillion-dollar investment plan. And it might leave that up to Congress anyway.