Trump Plans To Give A Speech, Meet With World Leaders In Davos 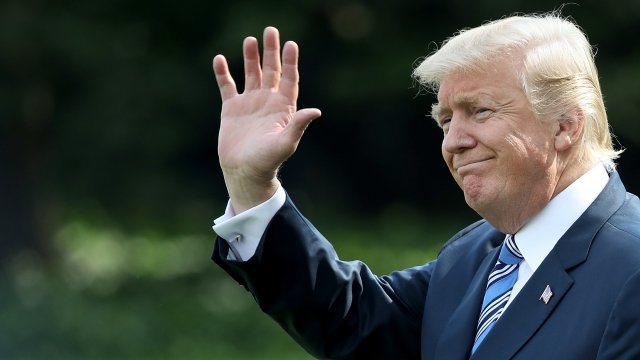 President Donald Trump is heading to the World Economic Forum in Switzerland.

Trump is scheduled to leave for Davos on Wednesday. And he'll be joined by a large American delegation, including Treasury Secretary Steven Mnuchin, Commerce Secretary Wilbur Ross, and son-in-law and adviser Jared Kushner.

During his trip, Trump will give an address to the forum and meet with foreign leaders. He also plans to attend a reception in his honor and host a dinner for a small group of European business executives.

Trump will be only the second sitting U.S. president to attend the forum. Bill Clinton attended during his last year in office in 2000.