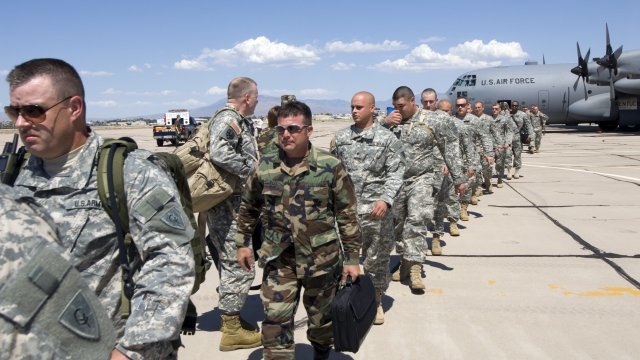 President Donald Trump announced Tuesday that he wanted to send troops to the U.S.' border with Mexico until his so-called border wall was built.

He followed that up with a tweet early Wednesday morning, saying: "Our Border Laws are very weak while those of Mexico & Canada are very strong. ... We will be taking strong action today."

As Newsy previously reported, the U.S. military isn't generally allowed to do civilian law enforcement officers' jobs. But those restrictions don't apply to the National Guard.

Nielsen confirmed troops could be headed to the border as soon as Wednesday night.