Trump To CNN: Donate Your Debate Profits To Veterans 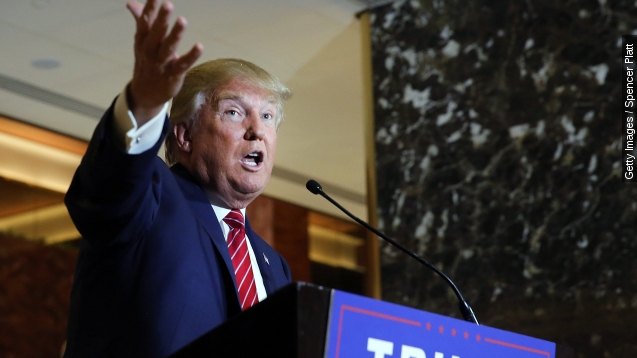 That couldn't be more true.

In a letter to CNN President Jeff Zucker, Trump says the network should donate profits from its upcoming GOP debate to veterans groups.

Because, as Trump put it, "viewer interest and advertising is 100% due to 'Donald J. Trump.'"

We saw this one coming.

"I'm going to do the debate, but I want $10 million for charity. … Otherwise I'm not going to the debate. And honestly, I think they'd pay me," Trump said on the campaign trail.

The last debate — moderated by Fox News — drew in a whopping 24 million viewers‚ making it the highest-rated primary debate in TV history.

This next one, hosted by CNN's Jake Tapper, airs Sept. 16 from the Ronald Reagan Presidential Library.