You're Not Fired! Donald Trump Will Keep (Part Of) His Reality TV Job 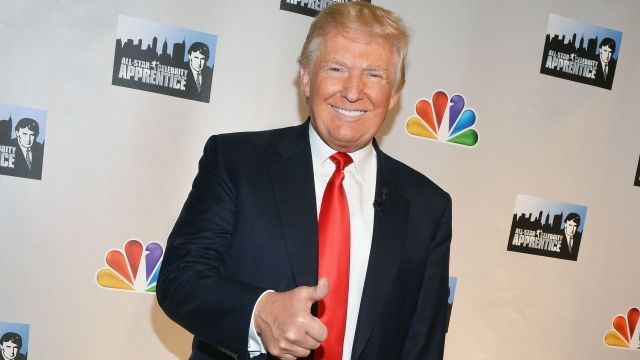 SMS
You're Not Fired! Donald Trump Will Keep (Part Of) His Reality TV Job
By Grant Suneson
By Grant Suneson
December 8, 2016
NBC won't pay Trump directly, but he'll still profit from a show on a network that's supposed to be covering him objectively.
SHOW TRANSCRIPT

In January, Donald Trump is getting a new job, as well as one he already had.

MGM told Variety that President-elect Trump will get an executive producer credit on the upcoming "Celebrity Apprentice" reboot on NBC hosted by Arnold Schwarzenegger.

SEE MORE: Trump May Have 'Devil Horns' On Time's Cover, But He's In Good Company

This is obviously out of the ordinary. We've never seen a member of the executive branch also serve as an executive producer of a reality show. But this also poses a serious conflict of interest.

Though NBC won't be paying Trump directly, a sitting president will profit from a show on a network that's supposed to be covering him objectively. That adds another ethical conflict onto the pile that awaits Trump as soon as he's sworn in.

NBC cut business ties with Trump after he claimed some Mexican immigrants are criminals and rapists. Apprentice creator Mark Burnett declined to release unaired tapes from the show after Trump was accused of being rude to and sexually harassing contestants.

Trump could refuse his profits from the show. Or he could donate his earnings like President Obama did with his 2010 book. But the president-elect has been unwilling to separate himself from his main business, so that seems unlikely.

This is uncharted territory, so it's impossible to know how anyone involved will handle Trump's TV show. But it's probably safe to expect Trump's first presidential address won't happen on a Monday.