Trump Might Soon Clear Up Confusion Over His Climate Agreement Stance 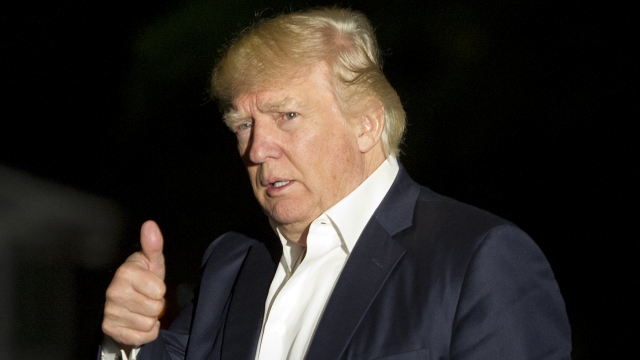 President Donald Trump might be this close to fulfilling a huge campaign promise — but it doesn't seem to be something most voters want.

"We're going to cancel the Paris climate agreement," Trump said in May 2016 during the campaign.

But that hasn't been so simple. Since Trump's inauguration, the administration has kind of been all over the place about America's future in the landmark climate deal, and a strategy session on the agreement has been put on hold for the second time.

The climate agreement aims to reduce carbon emissions worldwide, with each country pledging to hit individual targets. It was a huge achievement for President Barack Obama, who is still championing it post-presidency. And about 7 in 10 U.S. voters in one poll think the U.S. should be in the agreement.

Trump hasn't really been clear on where he stands now. And his team is clearly not in agreement. The head of the Environmental Protection Agency Scott Pruitt is against it.

"We don’t need to be apologetic about our position, and we need to exit Paris," Pruitt told Fox News.

On the other end, Secretary of State Rex Tillerson has reportedly led the charge for America to stay in the agreement. Apparently, Tillerson is worried about the diplomatic fallout if the U.S. leaves.

Trump's decision won't be easy. Backing out is completely in line with promises of an "America First" policy and making sure all international deals are looked at or ripped up. And yet in one poll, 47 percent of his own voters say the U.S. should stay in the agreement. 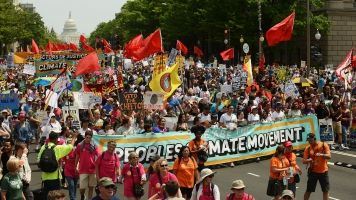 In just more than 100 days in office, the realities of policy-making in the White House seem to have tempered some of Trump's rhetoric, at least when it comes to international relations.

The president has already backed off from two international promises: labeling China as a currency manipulator and promising to leave the North American Free Trade Agreement — not to mention the lack of action on building a southern border wall.

Either way, the U.S. is the key to the future of the Paris Agreement. One hundred ninety-five nations signed on, but with the Americans gone, it's likely to fall apart, especially since the U.S. is the world's second largest polluter after China.

Despite the public confusion, the president is expected to announce something soon, possibly before the G7 summit on May 26.