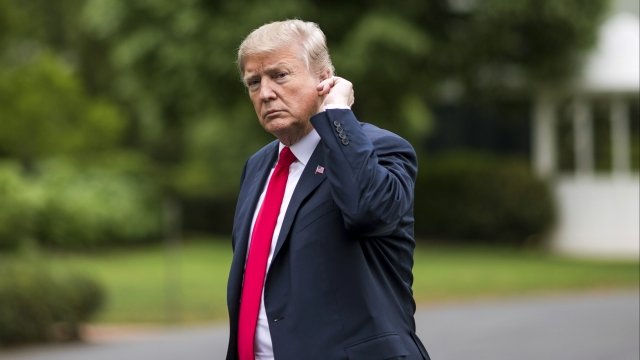 President Donald Trump will announce his decision on whether the U.S. should remain in the Iran nuclear deal Tuesday afternoon.

But Trump, and others, don't like the deal because of what it doesn't do. It doesn't address Iran's ballistic missile program or Iran's support for armed groups in places like Yemen or Syria. And the agreement includes "sunset clauses," which allows some parts of it to eventually expire.

Some world leaders, including French President Emmanuel Macron, have urged Trump to stay in the agreement.

But Secretary of State Mike Pompeo told reporters late last month the president is unlikely to keep the U.S. in the Iran nuclear deal without a "substantial fix."

Depending on what Trump decides, Iran's president warned on Tuesday the country could "face some problems."

He previously pledged Iran would remain within the confines of the agreement.