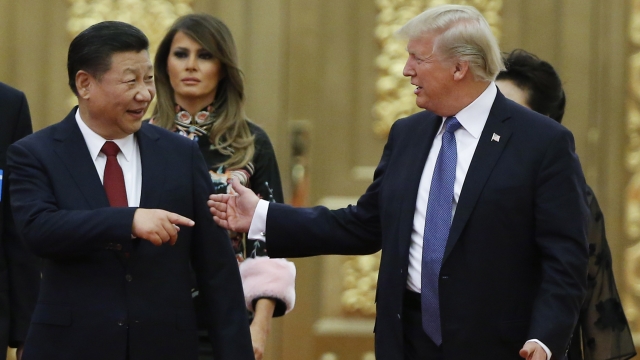 Neither side has commented on the deal's delay.

President Donald Trump says he'll raise tariffs on China if it doesn't budge in trade talks. He made the comment during a Cabinet meeting Tuesday.

The U.S. and China have been negotiating trade for nearly two years. Back in October, the Trump administration announced an "agreement in principle" with China. That agreement, considered a "phase one" deal, was meant to be a win-win situation. China would buy more American farm goods and tighten intellectual property rules, while the U.S. would remove some tariffs.

But the tariffs in that deal, which was expected to be officially signed by now, have caused a new stalemate. The Wall Street Journal says the sides disagree on whether the tariff removal refers to existing tariffs or ones that are set to take effect in December.

China's Ministry of Commerce said officials met Saturday and had "constructive discussions." But neither side has commented on the deal's delay.